12 December 2009
Goto comments Leave a comment
I once met a lady who had raised 5 boys, but looked like she was in her early 30s.  When I asked her what her secret was to staying young, she said it was “the farm” and all of hard work that went along with living that lifestyle.  She had done much of the same thing I’m doing now, and said she loved that the boys had the opportunity to be in the countryside.  Of course, she followed that by saying once the boys all moved out, she and her husband moved to a nice house in the city on a smaller piece of property with no animals and had hired a gardener.
I’m finding it hard to believe that this is supposed to be keeping me young – but my 87 year old neighbor who is still out mucking her horses’ stalls every morning says the same damn thing.  To me, I feel like I’ve aged 10 years just in the last two! My hands are rougher than they’ve ever been, my knees ache, and my eyes are always heavy – but then again, I’ve never been happier.  I love it.  I guess we’ll just have to wait and see! If I’m still kicking in another 60 years, we’ll know they were right!
As you might have guessed, it has been a busy couple of days!  Friday was all about getting the horses settled in over at their new home.  Victor worked his butt off getting the barn in order and comfortable for them.  Frank’s run outside of his stall was only about 9 feet wide, which would never have worked for him. He’d probably have gotten stuck if we had even tried it!  We asked Farah if we could pull out a few panels to include the unused run next to his, and she said that wouldn’t be a problem.  We also had to cut down the clover that was covering the area in his run – or else we would have had an absolutely insane Thoroughbred on our hands!
Having the boys in that barn makes me realize how incredibly huge they are!!!!  The facility was previously a quarter horse breeding barn, so everything is built for “normal” sized horses.  There are two quarter horses boarded there right now, and they’re so tiny in comparison to Frank and Avdoo it’s almost comical.  I have lost perspective on what an “average” size horse is!  I swear Avdoo must have had another growth spurt over the last month or so.  He is at least 18 hands now, maybe even a bit more (for those of you who are unfamiliar with how we measure horses, a “hand” is 4 inches.  So from the ground to the BASE of his neck, Avdoo is about 6′ high – add his neck and head to that, and it’s ridiculous).  Imagine me leading him around – I’m only 5’1″ on a good day –  I must look like a little pipsqueak next to him!  His head is massive now – we had to adjust the bridle size, and it has only been 3 weeks since I used that bridle on him last.  Seriously – it’s nuts. I really do hope that this is his last “burst” of growing.  He’s 6, so I’m crossing my fingers!
Both Frank and Avdoo are loving their new home, and have bonded with the two mares that were already there.  I think I’ll get along great with their owner  – she lives on the property, so I think I’ll be seeing her fairly frequently.  It’s always nice to have a second set of hands and eyes when dealing with horses!
I was hoping get a bunch of pictures of the new barn and the boys playing in the pasture. However, I had a minor catastrophe with our amazingly wonderful, ridiculously expensive camera.  Or should I say with JEFFREY’s camera.
Friday morning, as I drove over to the old barn, I stopped to take pictures of the lake.  Everything seemed fine…until I looked at the photos. There was an odd white blurry area in the same place on all of the shots. When I looked at the lens, I expected to see lint or a smudge or something that would simply need a cleaning.  What I saw instead was broken glass. 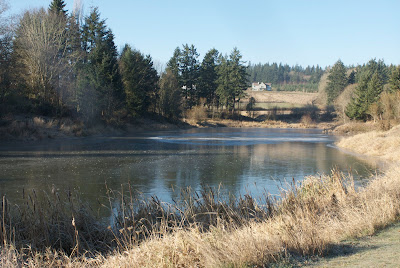 It’s hard to see, but it’s in the upper left corner…
I’m sure a lot of you know how pricy lenses can be, and if you know my husband, you know how much that camera means to him.  Someone recently had asked about the camera, and he had talked about the lens that we had on there, and as I stood there staring at the broken glass, all I could hear was his voice saying, “Oh, it was super expensive, we wouldn’t be able to do this again anytime soon.” I suddenly found myself trying to come up with stories of how to explain my complete irresponsibility.  But I just couldn’t figure out what to say.  Sick to my stomach, I walked over to the pool house where he works when he’s in town.  I stood in front of the door for a while, shaking, nauseated, wanting to just sink into the ground.  I turned away, and walked back around the garden, trying to muster the strength to tell him what I had done.
My phone rang. It was Jeffrey.  I clicked “mute,” walked back to the door of the pool house, and pushed it open.  As soon as I saw him, all my bravery disappeared, and I burst into tears.
“What happened???” he sympathetically asked.
I handed him the camera.  He looked at me with a smirk, looked at the damage, and twisted off a broken UV filter to reveal a perfectly intact lens.
“That’s why we have that on there! It’s not a big deal at all!”
I can’t describe the relief that swept over my body!  He then proceeded to tell me that we have it insured, so it wouldn’t matter anyway – the insurance will replace it even if we break it.  Still. That was NOT a fun 20 minutes! PHEW! 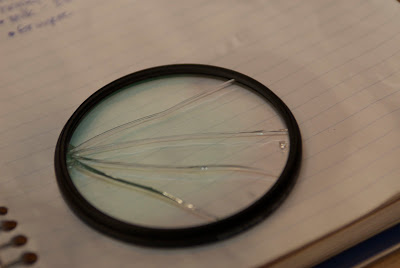 Today we ran a ton of errands in the morning, then I finished preparing for dinner tonight with Colin, Jake, Mom, Ed, and my dear friend Josh and his girlfriend.  Josh is having some health issues right now, so the dinner was a bit different than most of our previous times with him at our house (in other words, we weren’t all 10 martinis in and running around playing with Nerf guns) – but we still had a blast.  I love that guy – he’s so true to himself, and confident in his strength.  He is facing his struggles with bravery, a smile, and a can-do attitude.  His girlfriend is sweet and seems very strong and st
able – which is just what he needs right now!  I’m so glad he has her!  Ellie had a blast entertaining everyone with her myriad of faces, her silly antics, and her incredible energy! 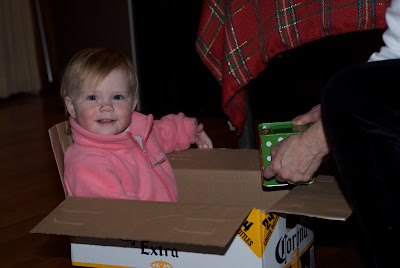 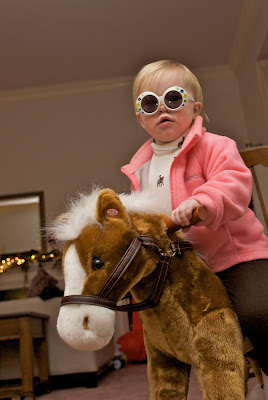 Freaking Jackie-O, people!
Since our anniversary dinner at the Painted Lady back in October, I’ve been wanting to experiment and try to replicate their quinoa-butternut squash crepes.  I think I managed it! They were delicious!!!!  I’ll post the recipe sometime tomorrow.  I also made my incredible Killer Cream of Onion Soup that was sucked down by everyone.  I think someone may have even licked the pot (and no, it wasn’t one of the dogs!).  Mom made a wonderful salad that complimented the meal beautifully. 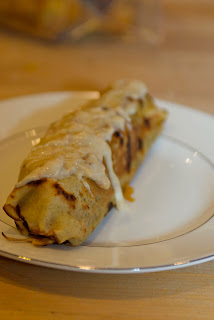 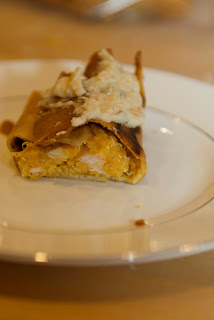 I had a few things to do after everyone left, but have decided that I’m just too damn tired!  I’m going to bed – I’m hoping we’ll wake up at a decent time and be able to go get our Christmas tree.  We have Colin’s truck (he has the Suburban), so hopefully tomorrow night I’ll be writing about decorating a massive tree with a toddler. Hee hee – that’s always fun! 🙂

No Comments to “Staying Young or Aging Prematurely???”