Finally, the trenching project is behind us!!!! Now all we have to do is finish the plumbing and wait for Victor’s friend Jose to come out and set up the electricity! Then running water, electricity!!! Holy moly. Never thought this day would come! 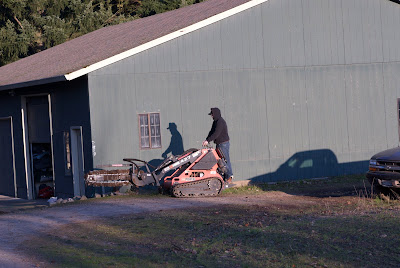 The guys worked all day, but not as long as they thought they would have to, as they ran into the pipes and cables that had been laid when the barn was first built which meant that they didn’t have to cross the rocky drainage area that lies between the dam and the barn…we’ll test them out on Monday – HOPEFULLY it’ll work! 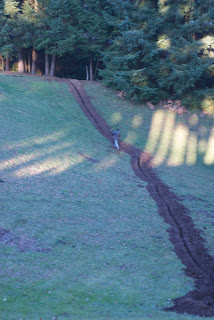 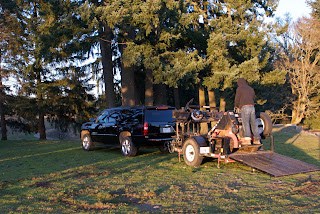 Loading the trailer to take the machine back; it’s a good thing we have the Suburban!

Gabby came out to hand walk the boys, and for the first time in ages, they were super well behaved! At least some of my work is paying off! She offered to let me keep them at her place during the wet months in exchange for helping her out with chores and cleaning the stalls.  I’m considering taking her up on the offer, as it would be so much easier to have a little “break” for a while.  They would only stay there until the fields here dried up.  We’ll see. 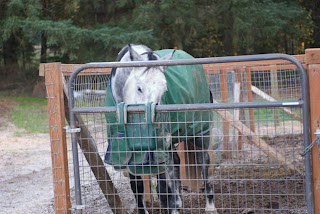 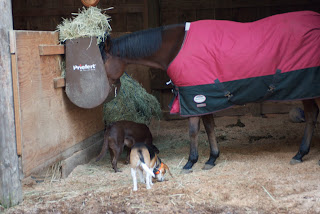 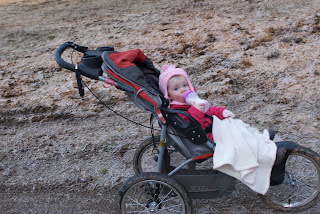 Ellie waiting for mommy to finish feeding the horses!

After returning the rental trencher to Home Depot, Ellie and I hung out together while Jeffrey watched a football game that apparently could NOT be missed (I still don’t get that).  We took a shower together – one of EG’s favorite things to do.  She would stay in there for HOURS if I would let her and the water would stay warm!  Then it was off the the linen closet.  We have a deep linen closet, with a large open area under the first shelf – in fact, it’s so big that Jeffrey, Ellie and I can all fit down there.  I kept telling Jeffrey that if I had had an area like that when I was a kid, I would have been in there ALL the time! Needless to say, the rest of the night we were in and out, open and shut, back and forth. 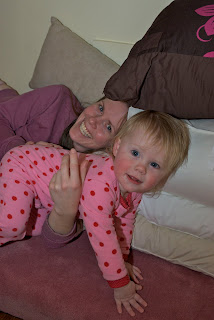 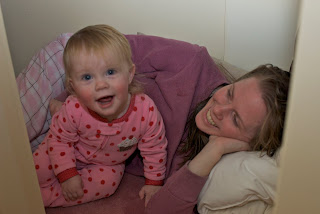 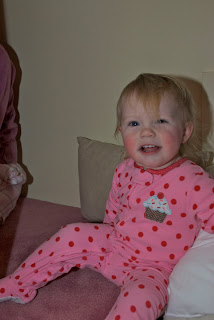 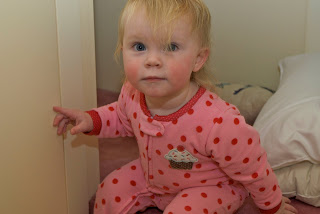 I was able to go to breakfast with my friend who is going through chemo and radiation.  I’m so proud of him.  Even with all this crap, he hasn’t changed a bit.  He’s lost a bit of hair, but other than that and a big scar on the back of his head, he looks just as happy and healthy and handsome as he always has.  His girlfriend is awesome – and so incredibly supportive; I’m so glad that he has her!!!!  His attitude rocks, and while he admits he’s read

y to be done with everything, he’s staying positive, is confident, and is kicking this thing in the butt.  We spent most of our time laughing about old memories and crazy stories that we have together – and then having moments of “Oh man. Oh man. Oh man. How did this happen.” Then back to, “Remember when so-and-so did such-and-such.”  He has such a huge heart and I know I, for one, am rooting for him!

I’m hoping that we’ll be able to get our tree tomorrow, but we’re dependent on Colin since he’s the one with the pick up truck!  We have SUPER high ceilings, and even though the bay window where we put the Christmas tree is lower than the rest of the room, it’s still 12′ high.  Jeffrey is the type that if you can fit a 12′ tree, you GET a 12′ tree.  If you can do the biggest – it’s not an option, it’s a requirement!  Ha.  Our tree last year took me three days to decorate!  Who knows what’ll happen this year!  Hmmm. We’ll see.

RANDOM PHOTOS OF THE DAY 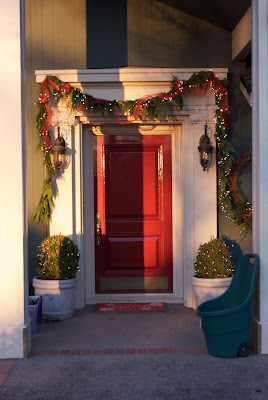 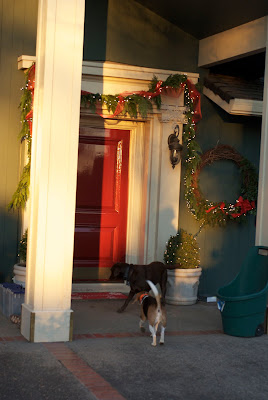 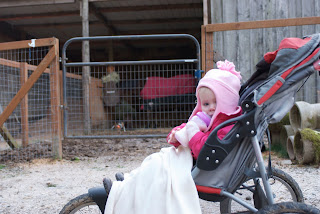 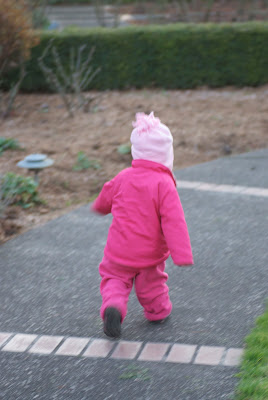