29 November 2009
Goto comments Leave a comment
Deeeeeeeeep breath.  Aaaaaaaaaah.
And again….
Aaaaaaaaaaaaaaah.
Ok, I feel better.
In contrast to all the busyness, activity, and socializing that we’ve experienced the last few weeks, Jeffrey and I had the most low-key, relaxing, chilled out day we’ve had in a long time!  While the plan had originally been to get the Christmas decorating in full motion, neither of us seemed to “feel it” yet, though  Jeffrey did bring all of the boxes of Christmas decorations out of storage into the living room. 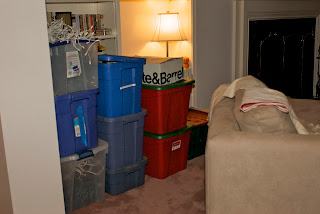 there are a few on the other side of the room as well!
I think I could quite possibly have more boxes of Christmas decorations than I had boxes when I moved out of my first apartment!  While Ellie Graye took a little snooze in the afternoon, I attempted to begin the process of unpacking them.  Opening boxes, getting tickled pink when I discovered things that I had bought on clearance last year and forgotten about, I started to get inspired.  As I opened the last box (a great big huge box full of the feather wreaths I had originally made for our wedding, but then repurposed them for Christmas) a peculiarly putrid smell filled my nostrils.  I nearly vomited.
“What the HECK is that?!?!”
Jeffrey muttered something I couldn’t understand, and I proceeded to remove the wreaths and the yards and yards of sheer fabric.  Feathers were flying everywhere.  What the heck???

Suddenly, I discovered the source of the smell…

It was absolutely, undeniably one of the most disgusting smells I have ever smelled.  Dead Rat. Rat Pee. Rat Poo. Old rat food. Even Jeffrey had a hard time keeping himself from dry heaving as he helped me dump everything into our trash can.  It was GNARLY!!!!!
Needless to say, there will be no more white feathery wreaths decorating our home for Christmas or for any other occasion. Hell NO!.  In fact, I very well may have a gag reflex every time I SEE a white feathery boa wreath. DISGUSTING!!!!! Thankfully, that box was the last box that I had to rummage through.  I would have had to really, really psych myself up to open any others had it not been!
Once Ellie Graye woke up, we went for a long walk and let the house air out a bit since the smell had permeated everything.  We picked up fallen evergreen limbs along the way, and enjoyed the beauty of a sunshiny day in Oregon. Ellie loves being outside, and Jeffrey and I love sharing the beauty of Deer Park as a family! 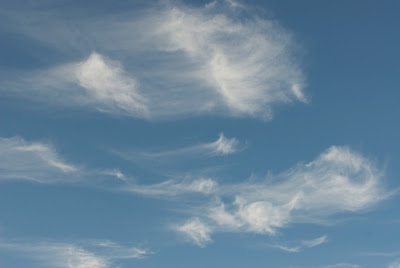 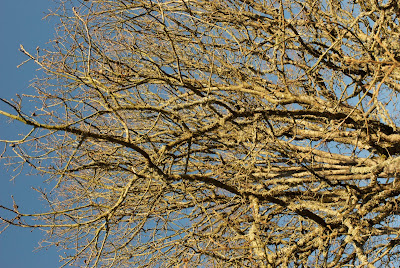 Looking up into an old oak tree 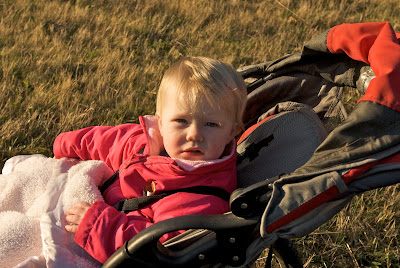 it was SUNNY!
Upon returning, I spruced up the grapevine wreath that we have hanging just outside our door year round.  A little holly, a few pine bows, and a big red bow and tah-dah! we’re ready for Christmas guests. 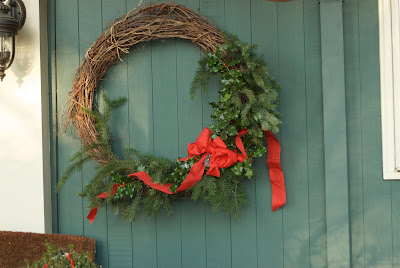 I was also lucky enough to find time to put together a sampler box of 4 flavors for a friend of mine at SwimBabes.  If anyone wants one, they’re going fast, so get your orders in now! I also included one of my pine cone ornaments that I’ve been making.  I’m wondering if I might put those up on Etsy…the question is, would anyone buy them???  I also attached one on the Levin’s Gift Basket yesterday. 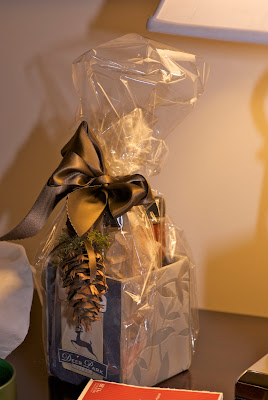 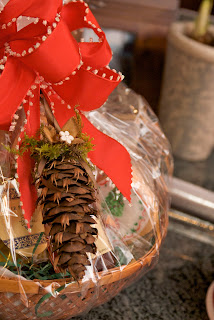 Speaking of Etsy, amid the craziness of this weekend, I was able to find the time to create a candle holder from the bark, moss and pine cones I’ve collected this year. I’m loving how it turned out, and more than likely am going to center my decorating around this idea, as well as try to sell a few over in my shop…would YOU like one of these?  I really think the photos don’t do it justice, and I may experiment with different ribbons. 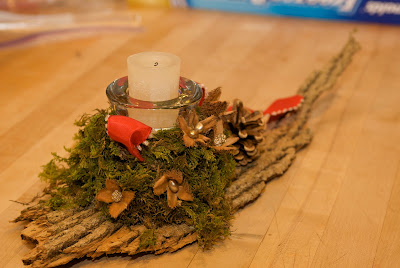 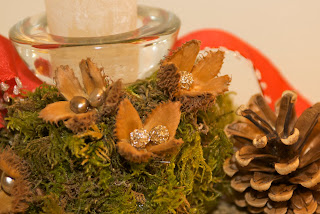 On another note, it’s Sunday; that means I’m back to being a solo parent.  Saying good-bye to Jeffrey wasn’t easy, but there have been nights when it has been more difficult.  This week, we had a good amount of time together, and we created some great memories with lots more ahead of us in the next few weeks!

2 Comments to “Back to Quiet?”