7 January 2010
Goto comments Leave a comment
I woke up at 9:15 am and realized that the horses hadn’t been fed, I was late to pick up Victor and Lorena, and Ellie Graye wasn’t awake.  Wait, WHAT??? Not a peep?!?!? PANIC!!!!!  I threw back the covers, ran toward her room, ran full force into my chocolate lab’s side, and as I stumbled, managed to hit the side of my head on the corner of my grandmother’s mahogany dresser.  OWWWWWW!!!!!!! The dogs frantically circled around me hoping that my rush was because I was happy to see them.  As I struggled to wake up, I forced myself to open one eye and check that EG was still breathing…she obviously was.
Split Pea Soup: that’s what I was craving.  I could nearly feel the warmth of its thick deliciousness as I thought about dipping a perfect grilled cheese sandwich into a steaming bowl of green mush.  Yummy Scrummy.  There’s just nothing like the smell, the flavor, the texture.  Sigh. I think I did the right thing by making a huge pot of it!  Maybe it’s the grey Portland sky, or maybe it’s that I had a dream about Jon Cochran – a rock climbing student of my father’s.  We used to always stop at Anderson’s Pea Soup Restaurant in Buellton, California on our way home from rock climbing outings in Yosemite…could that be why I just HAD to have a bowl?  No clue, but it’s a total possibility.  Go check out the recipe if you get the urge to make a pot of its deliciousness. 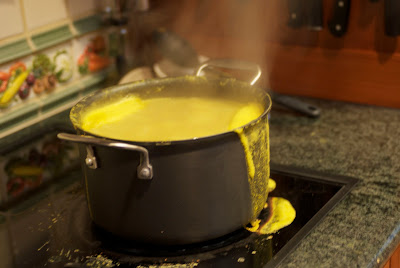 Mom took a container home, and I still had enough to eat, put in the fridge, and freeze!
The day definitely didn’t cut me any slack.  I had an 11 am appointment with the dentist to start the repairs on my crown that I broke while sleeping. Yeah. I clench my jaw, and I clench HARD!  I was running on time until I decided to turn the horses out.  Sometimes those damn animals make me freaking crazy.  Avdoo, my perfect little angel in the barn, turns into an absolute monster as soon as he steps through the barn doors out to the turn outs.  His head goes straight into the air. His tail stiffens.  His walk turns into a strut, and watch out world if there’s anything that threatens his parade!  We had to have a little tete-a-tete about his behavior.  I couldn’t have been more proud of Frank, however.  He just stood there when I dropped his lead to correct Avdoo.  He just seemed to be rolling his eyes at his cocky younger brother.  I eventually got all four horses turned out, and was on my way.  As I turned onto the road, I glanced down at my feet.  CRAP!!!!!!!!!!!!!!!!!!!!!!! I still had my black rubber mud boots on…for a tenth of a second I contemplated heading into the dentist’s office without going home to change, but like I said, it was only for a tenth of a second!
The appointment went fine…everyone loved their Drink Tags, and even though I was nervous as all hell, Dr. Samani worked her magic and calmed me down.  At least I don’t have to take valium to make it through the appointment.  THAT is a huge accomplishment for me!
Upon leaving, I headed over to my friend Amy’s to get some opinions on the drink tags I made last night.  She was very encouraging and offered lots of constructive criticism and ideas — thanks Aim!  Check out the cuteness! 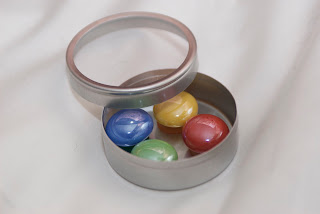 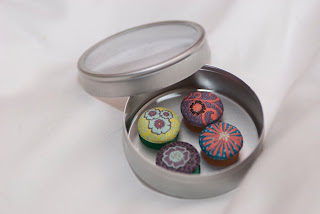 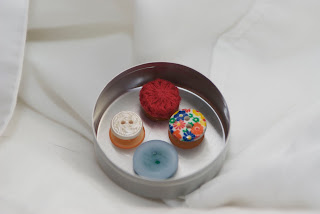 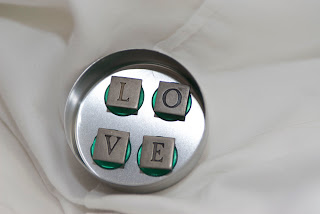 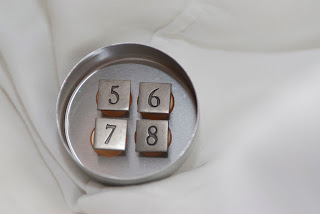 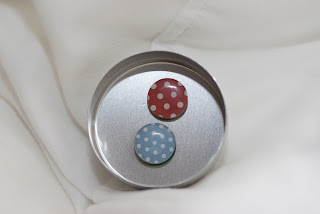 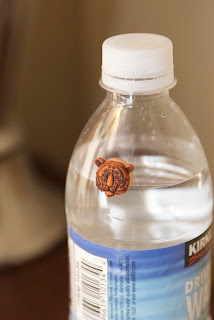 They stick on almost anything! 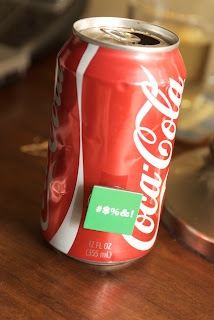 That’s MINE!!!!
I’m so looking forward to implementing all my ideas.  I do wish I could just “give away” my creations to friends as reader Mary Anthony suggested, but money is tight right now, and if I can get a little bit of cash coming in, I might be able to manage a few training sessions for the horses.  There have been lots of good suggestions and great feedback – thanks, guys!
My mother came over to visit with Ellie in the afternoon.  Ellie just loves her GaGa. They sat together and watched EG’s baby videos that GaGa had on her computer.  There was one in particular that EG just loved – of course, it was from the day of playing in the fountains at Wilsonville Memorial Park! 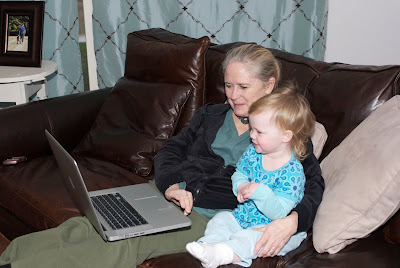 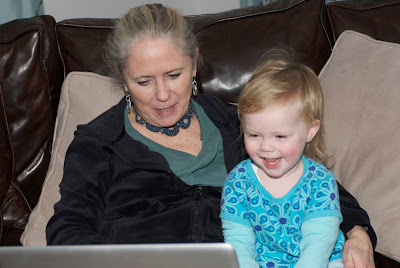 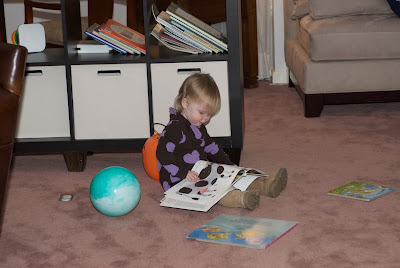 I was moving these bookshelves from her bedroom into the play room, but she insisted on having a little read before I moved further! 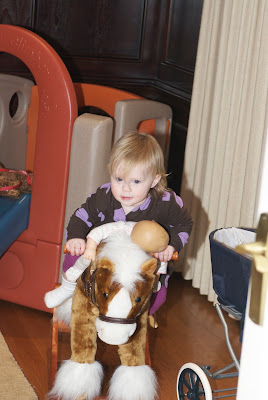 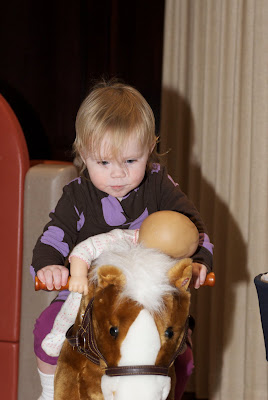 she takes such good care of her baby doll!