Ellie Graye is teething which means the entire house is turned upside down. She’s getting all four of her eye teeth in, and they must hurt something terrible, because she has turned into a certifiable nightmare.  She won’t eat; she won’t sleep; she won’t stop with the fussing.  I love this little girl, but lord almighty, could she just stop with the arched back, the screaming, the kicking the throwing herself??? Argh!

I actually let her eat her dinner in her high chair in the living room in front of the TV. As many of you know, I NEVER do that.  I was always the TV killer as a nanny, but do believe that there is a time and place for everything!  Ellie Graye was going on her third day of not eating more than a few bites of food, and I figured that having the distraction of Hola BeBe on the television would help me get some substantial food into her belly.  She spit out the pizza.  She spit out the carrots.  She spit out the polenta…corn…peas…beans…FINALLY she ate a few carrots, and I was about to throw my hands in the air when a chicken on the program she was watching came to the rescue!  When she saw heard the Hola Bebe song about eggs coming from chickens, she made it quite clear that she wanted an egg for dinner.  I was thrilled when she chowed down a scrambled egg and then even went for some tater tots (that’s how desperate I was) and dried cranberries!!! I feel so much better now that she has something in her belly!  Maybe we’ll actually get some sleep tonight! 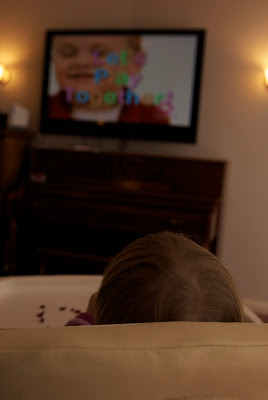 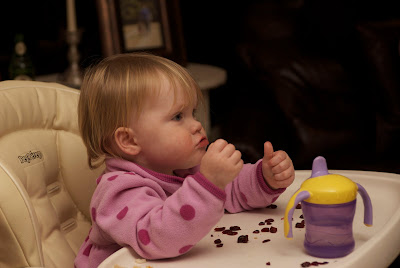 Aside from her frequent meltdowns we had a fun day together, with lots of running around, sitting on the potty, using her new pull-ups, and coloring with her new pens. 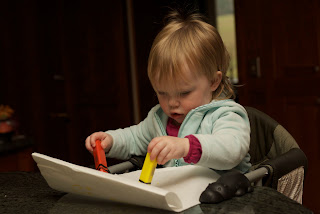 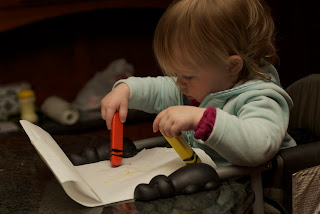 Of course, just like yesterday, she refused to sleep during nap time, but preferred to sing and talk and play in her crib.  The difference between today and yesterday, though, was that we were able to go to my mother’s yesterday, which was a nice little break.  She loves GaGa and Bampa, and was happy while we were there. 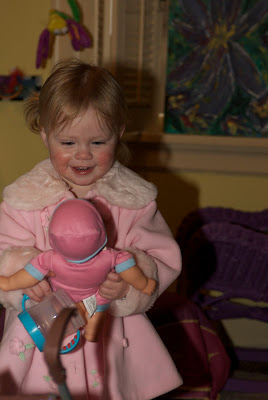 A new baby at GraGa’s house! 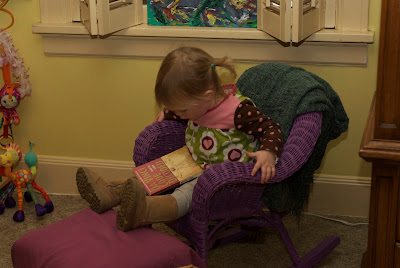 Settling in for a good read 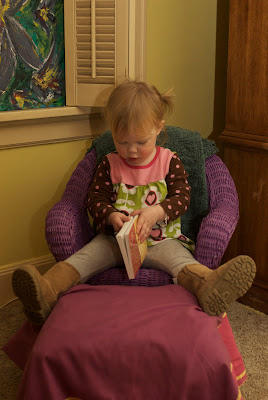 Where did I leave off? 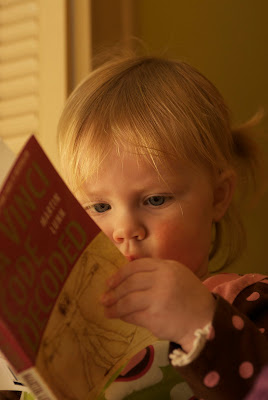 Aaah…here we are!
While we were at Grandma and Grandpa’s house, however, I received a text from Darcy (the owner of the other two horses at the barn).  She had gone to get the boys out of the pasture, and noticed that Frank had broken one of the fence rails and in so doing ripped his blanket.  I have a feeling he was trying to get to the mares in the pasture next to theirs…Damnhorse.  If only blankets weren’t so expensive!!!  Darcy was a great help, and luckily, I had a rain sheet at the barn that she just threw over the ripped one.  Today we had to deal with getting the fence repaired, not a huge deal, just a pain in the butt.
We were able to spend some time with the horses this weekend which EG loved!  She really does love going out there and “working.”  She helps feed, helps clean tack, and loves to talk with the horses… 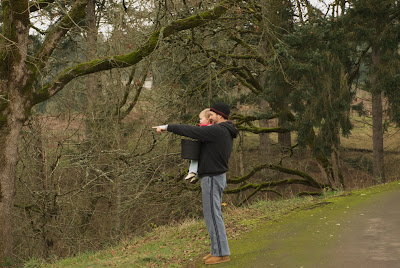 Daddy’s baby girl
Ok, seriously, look how huge he is!!! 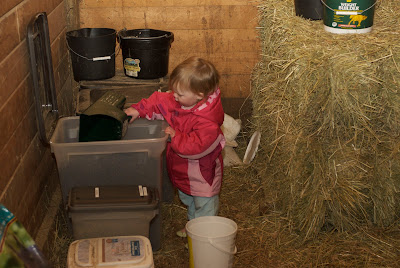 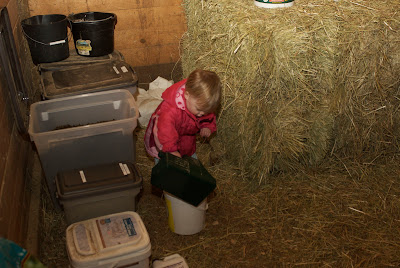 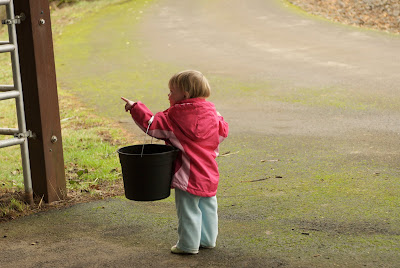