3 January 2010
Comments (2)
Tonight I’m just straight up pissed.  I know I haven’t posted in ages, and now here I am with my first post of the year saying I’m pissed.  But honestly – I just don’t understand how people can be so blind to their own need for change.  People who never make the effort to move beyond their comfort zone get under my skin – and when I have to sit and watch the train wreck, it just pisses me off.
I’ve spent many years working on self-growth, pushing myself to go beyond the boundaries of everyday living, and I’ve forced myself to move beyond the injuries of the past — not by blaming other people, but by recognizing their impact, acknowledging the pain, and in so doing, learning why I now respond the way I do, and saying, “Wow, here’s an opportunity to respond in a far different and more healthy way.”  There are even situations that I now find that my first response is actually a healthy one, and not one that I would have resorted to in the past!  The conscious effort has become second nature, and requires no more maintenance than a little self-pat on the back saying, “Nicely done!”
Still, there are so many things about myself that I need to change and know I CAN change if I apply myself.  The reward of forward momentum is in itself quite incredible, and it’s difficult for me to understand people who say things like, “Well, that’s just who I am” or “Well, that’s just the way it is.”  BULL SH**.  I know it isn’t easy to just sit and stay with the emotion and discomfort of our past, our response to the past, or even the people in our past BUT if happiness, health, or stability is ever going to come anywhere near to residing in our inner being – that’s exactly what we must do:  sit, acknowledge and then march forward with a new understanding of our own psyche; determined to change the years of habitual response. I suppose in some ways it’s easier to ignore the past, to live in the past, or blame everyone else from the past but in the long run???? Hell no.  For me? Bring on the work.  There’s no WAY I’m going to live with who I am right now for the rest of my life.  I want growth. I want change. I want to know myself more fully, more completely, more compassionately — and I don’t care how much damn work it’s going to take.
And, yes, it pisses me off when people don’t have the same dedication to self-development. So there.
All that aside, this week was just awesome.  Really, really, really, really awesome.  We were able to spend so much quality time together as a family.

Since we now have more family living nearby, we finally had the opportunity to take a few days to spend some time away from the farm – and that’s what we did.  My brother Jake was awesome enough to stay at DPF with the dogs (though really, I don’t think that’s such a bad house-sitting gig), and  Darcy took care of dealing with Avdoo and Frank.  It worked out nicely since she lives right there, and has to feed and care for her own two horses anyway!

So with the animals and house safely covered, we took a little road trip to the high desert of Central Oregon along with Mom and Ed, Mark, Amy, and Will.  The Radiches have a condo there, and we were able to rent one right across the street. The entire time was incredibly relaxing and restful.  In fact, EG was kind enough to sleep in until 9:30 or 10 each morning (oddly enough, on her first trip to Bend at 7 weeks old, she had her first solid 8 hours of sleep) so for the first time in months, I feel rested!
So, let’s see…what did we do?
December 31: Left DPF at 7 am for Bend, Oregon. Ellie Graye slept the entire 3 hour drive. That night, Mom and Ed babysat Ellie Graye, and Amy, Mark, Jeffrey and I headed out to a very yummy dinner at Zydecos in downtown Bend.  We were home by 11, but had a great time hanging out together. 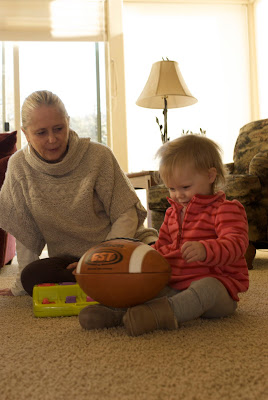 January 1: watched football at the condo the entire day…well, the GUYS watched football, I never left the kitchen, and Amy and I shared a bottle of Jalepeno Vodka…YUMMMMMMMY! 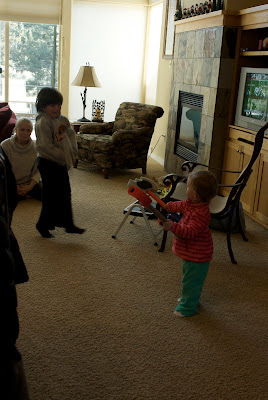 EG and Will sword fighting 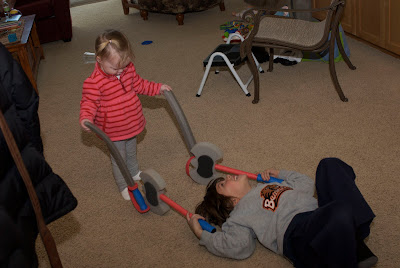 EG got him DOWN! 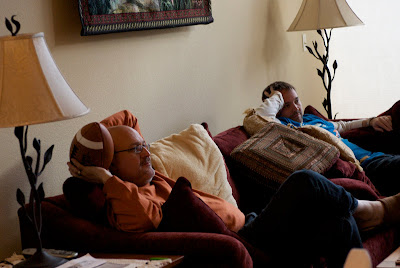 What is it with guys needing to hold footballs while they watch a game?!?! 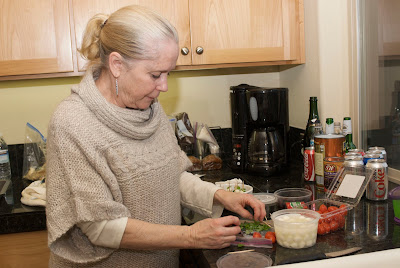 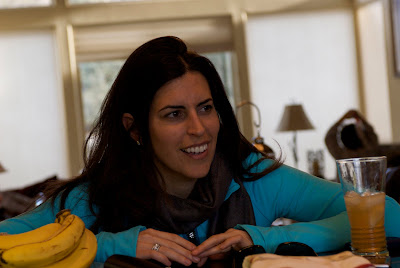 Amy and her drink…. 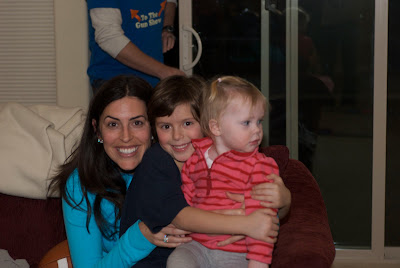 Amy and the kiddos
January 2: Took Ellie Graye swimming – a total fiasco.  Four weeks of not going to the pool, and she’s lost it.  She can still turn and float, but there was almost no forward momentum, and instead there was a whole lot of frustration!  It lit a fire under my ass to get her to the pool at least once a week.  Went to Jessica and Chris Intlekofer’s for dinner.  Julie and Brian Intlekofer were there as well, and we had an absolute blast.  I love that Amy and Mark fit right into the family.  The Intlekofers are such a huge part of my life, I’m so glad I’m able to see them as often as I do – even if we wish it were more frequent!  It definitely made me miss Renee a lot!  Just as we were heading back to Eagle Crest, Jack and Linda (Renee’s parents) drove up – so I was able to see them for a few minutes which was wonderful! 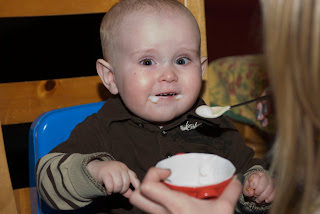 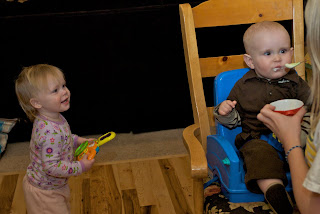 Ellie played with him all night!
January 3:  Slept in, and then hit the road, but stopped at Hoodoo SnoPark so that Jeffrey could play with Ellie in the snow.  She wasn’t having it, but we got some great photos! 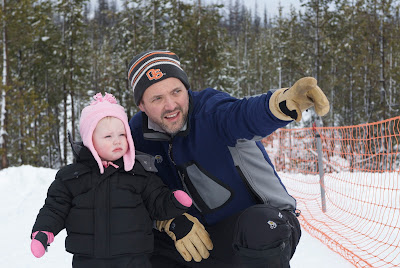 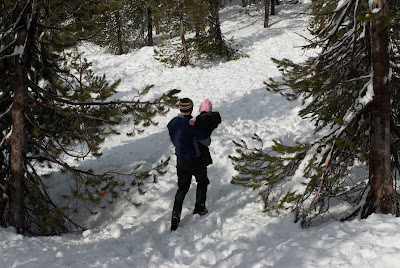 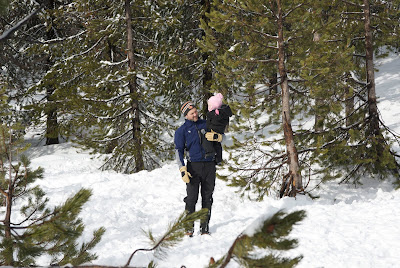 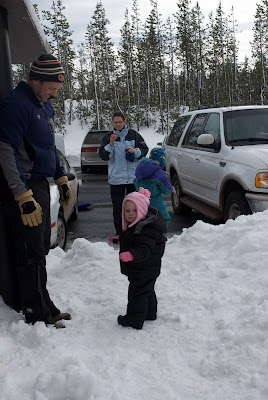 She was much happier in the parking lot watching the 2 year old play! 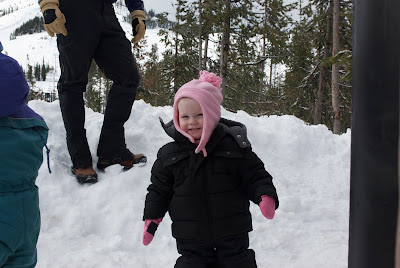 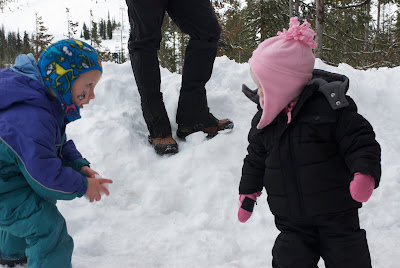 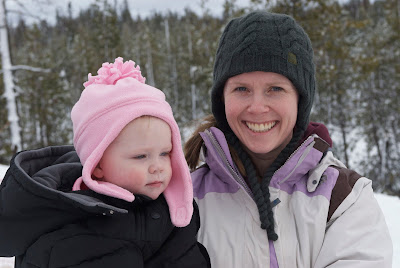 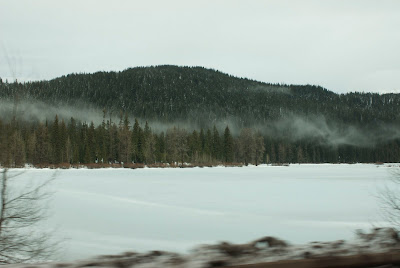 On the drive home…it was gorgeous!
Now we’re home, and Jeffrey has left for San Jose, so it’s back to the drawing board.  I feel rested and ready to face a new year!  Here’s to 2010 and all the growth it will bring!
HAPPY NEW YEAR!!!!!
RANDOM PHOTOS OF THE WEEK 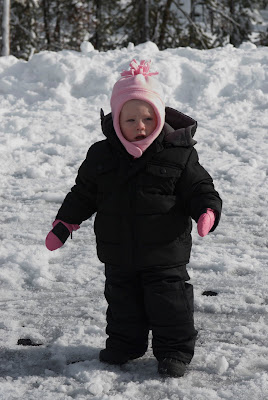 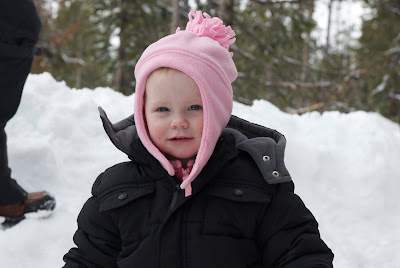 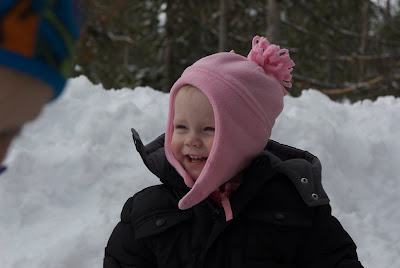 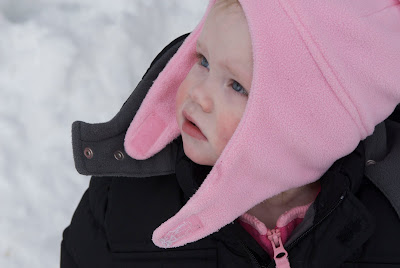 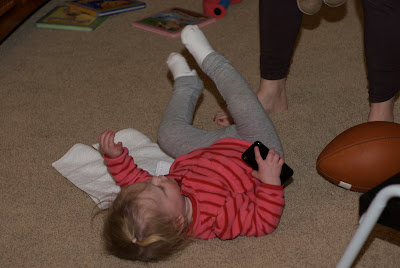 EG asking for her favorite activity 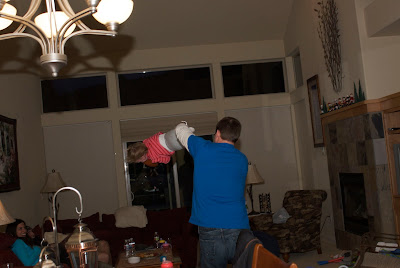 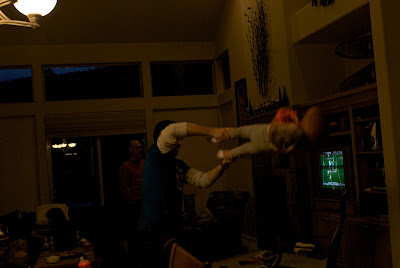 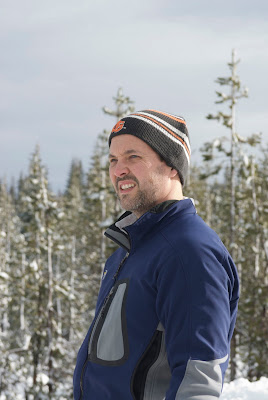 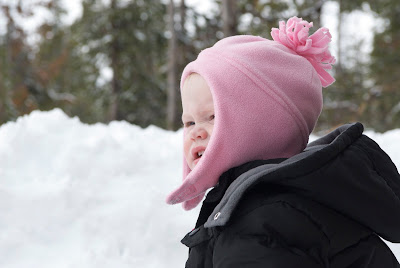